Ally: "A member of an oppressor group who works to end a form of oppression which gives him or her privilege. Allyship is a process and involves a lot of listening. Sometimes, people say ‘doing ally work’ or ‘acting in solidarity’ with reference to the fact that ‘ally’ is not an identity but an ongoing and lifelong process that involves a lot of work." Anti-Racism Digital Library glossary

Racial Equity: "Racial equity is the condition that would be achieved if one's racial identity no longer predicted, in a statistical sense, how one fares. When we use the term, we are thinking about racial equity as one part of racial justice, and thus we also include work to address root causes of inequities not just their manifestation. This includes elimination of policies, practices, attitudes and cultural messages that reinforce differential outcomes by race or fail to eliminate them." Center for Assessment and Policy Development

White Privilege: "Having greater access to power and resources than people of color [in the same situation] do.” Francis E. Kendall. Also see this article from Teaching Tolerance for a more comprehensive definition.

White Supremacy: White Supremacy – “White supremacy is an ideology, a paradigm, an institutional system, and a worldview that you have been born into by virtue of your white privilege…. [T]he historic and modern legislating, societal conditioning, and systemic institutionalizing of the construction of whiteness as inherently superior to people of other races.” – Layla F. Saad

This guide is intended to be a starting point for locating resources to learn about, reflect on, and act in support of antiracism and racial equity.

We welcome suggestions and feedback from our PCC community. 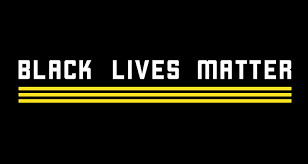 "Anti-Racism is defined as the work of actively opposing racism by advocating for changes in political, economic, and social life. Anti-racism tends to be an individualized approach and set up in opposition to individual racist behaviors and impacts." -- Race Forward

"An anti-racist is someone who is supporting an antiracist policy through their actions or expressing antiracist ideas. This includes the expression or ideas that racial groups are equals and do not need developing, and supporting policies that reduce racial inequity." -- Ibram X. Kendi

"In a racist society, it is not enough to be non racist. We must be antiracist." -- Angela Davis

Talking About Race: Being Antiracist