This guide is designed to help students do research for PCC Native American Studies classes.

Use the tabs to navigate through the other pages of the guide: 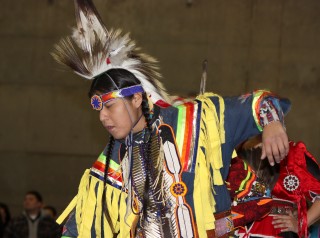 NAS studies the Native Nations of the United States from antiquity to the present and future. NAS emphasizes the centrality of Indigenous languages to Indigenous worldviews and ways of knowing, and it analyzes effects of invasion and colonization on Native American populations. NAS examines U.S. Federal Indian law and policy, Native citizenship and enrollment, methods of tribal governance, and Native arts and cultural expressions.

NAS at PCC prioritizes Indigenous communities and experiences by emphasizing Native survival, resilience, adaptation, political self-determination, tribal sovereignty, and Indigenous futures. NAS contributes to many fields, and it is valuable for anyone planning to work with diverse communities and cultures.

NAS courses at PCC are designed to transfer as credit toward the new major in Indigenous Nations and Native American Studies at Portland State University. These courses may also transfer as credit toward a major in Native American Studies, Ethnic Studies, or American Studies at other regional universities, and they will transfer to most other university degree programs as elective credit. Students planning to transfer to a college or university other than Portland State University should see an adviser for additional information and guidance. (From PCC Catalog)

Chat a Librarian for Help

Need to talk to a librarian? Use our chat system. Click the button to open the chat window.

Chat with a Librarian!