Climate change and the brain 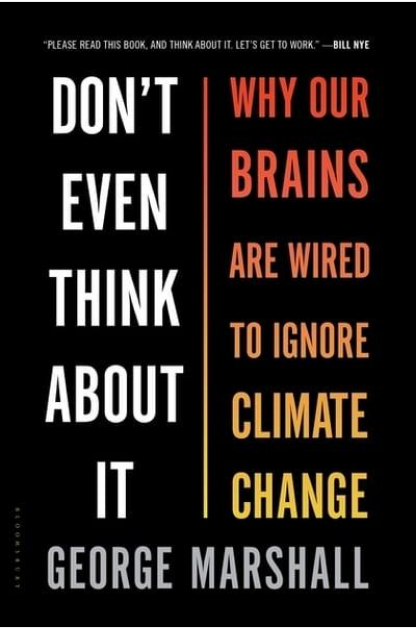 Anyone who engages with the issue of climate change, in or out of the classroom, will encounter those who would prefer to ignore the topic entirely.  Paul Hoggett writes in the preface to Climate Psychology: On Indifference to Disaster :

Our collective equanimity in the face of this unprecedented risk is perhaps the greatest mystery of our age.

The short answer to this mystery, according to psychologists, is that climate change is not the kind of threat that our brain evolved to recognize.  Robert Gifford explains in “The Dragons of Inaction: Psychological Barriers That Limit Climate Change Mitigation and Adaptation”:

The human brain has not evolved much in thousands of years. At the time it reached its current physical development, before the development of agriculture, our ancestors were mainly concerned with their immediate band, immediate dangers, exploitable resources, and the present time…. None of these are naturally consistent with being concerned, in the 21st century, about global climate change, which is slow, usually distant, and unrelated to the present welfare of ourselves and our significant others. (p. 291)

The cognitive biases and defense mechanisms that create resistance to engaging with distressing topics like climate change have been well documented by psychologists and other social scientists. Read more about these important topics from the links below. See also the tab on Climate Grief.