May the New Year bring you good fortune and happiness! 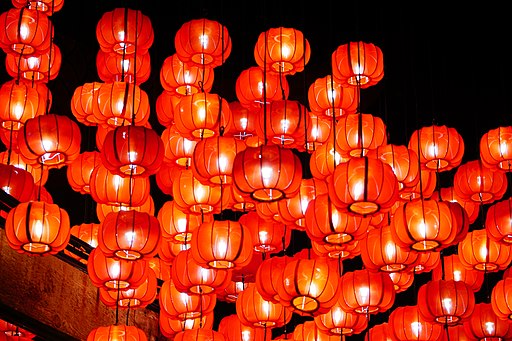 The Chinese tradition of representing the years with animals dates back to the Han dynasty (approx. 220 BCE). The 12 year cycle of the animals in the Chinese Zodiac is similar to astrological signs.  Each year is represented by an both animal and element. People who are born in that year are said to have the particular characteristics or mannerisms of the animal, both positive and negative, that are also effected by the element.  The 12 animals include: rat/mouse, ox/buffalo, tiger, rabbit/cat, dragon, snake, horse, sheep/goat/ram, monkey, chicken/cock/rooster, dog, and pig.  The 5 elements include: metal, water, wood, fire, and earth.  January 22, 2023, is the beginning of the year of the water rabbit.

The Lunar New Year is an important traditional holiday to China and other Asian countries such as Vietnam, Korea, and Taiwan. It is also known as Chinese New Year, Spring Festival, Asian New Year, Tsagaan Sar, Seollal, or Tết. It occurs on the first day of the first month of the lunar calendar. The exact date of the Lunar New Year can vary from year to year on the Gregorian (U.S.) calendar, which is based on the cycles of the sun, since the lunar calendar is based on the phases of the moon.

The Lunar New Year is celebrated over a number of days.  It is a time for merriment and remembrance with family and friends. Traditional customs include gifts of red envelopes and oranges; special foods such as dumplings and long noodles; and celebrations with fireworks and lion dancers.