Forestry, Logging and the timber business in oregon

World Wars and how they affected Oregon

Online full-text articles from the Oregon Historical Quarterly, 1926 to the present through the JSTOR database.  After you connect, login through the Portland Community College link, and the articles will be free.

If the table of contents doesn't work for you, the more detailed Oregon Historical Quarterly Index, 1981-present (which will give you the names of people and events in these articles) will be your next step. You can use the Ctrl-F feature of your web browser search for a specific word. Be careful here. A mention of a name or event doesn't mean the article that has that name or event is in any way about that person or event.

PCC Library also has printed indexes to The Oregon Historical Quarterly, from 1900 - 1980. You will need to come to the library to see them.

Guides and Indexes to Oregon Publications

Search the Oregon Newspaper Index which indexes over 845,000 articles in the Oregonian newspaper from 1851-1987. This index is maintained by the University of Oregon.

The OREGON INDEX is a list of over 700,000 file cards, listing articles and publications that had information related to Oregon.  It started in the early 20th century and continued into the 1980s, when it was computerized. (See below for that.)  The Oregon State Library has made a searchable scan of those 700,000 cards, which you can find at https://digital.osl.state.or.us/islandora/object/osl:or_index

The index tells you where these articles can be found...you will have to track down the publications after talking to a librarian on how to do it.

Oregon Index 1985-2004 (Made by the State Library of Oregon) This is the continuation of the paper version. Many publications, some of them national. Coverage varies from publication to publication, but there is nothing else like this for Oregon History.

Oregon Newspaper Index (Made by the University of Oregon)

Corvallis Gazette-Times Index (Made by the Corvallis Benton County Library) 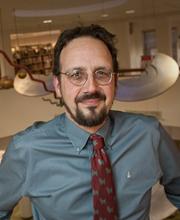