Letters, interviews, photographs, and diary/blog entries are all examples of primary sources. Primary sources provide first-hand evidence of an event or subject, and they can be unpublished or published.  PCC Library's collection incudes published primary sources including autobiographies and personal journals. The Internet provides a wealth of access to primary sources through websites of historical societies, museums, organizations, educational institutions, and governmental entities. Consult Using Primary Sources on the Web, published by the American Library Association. 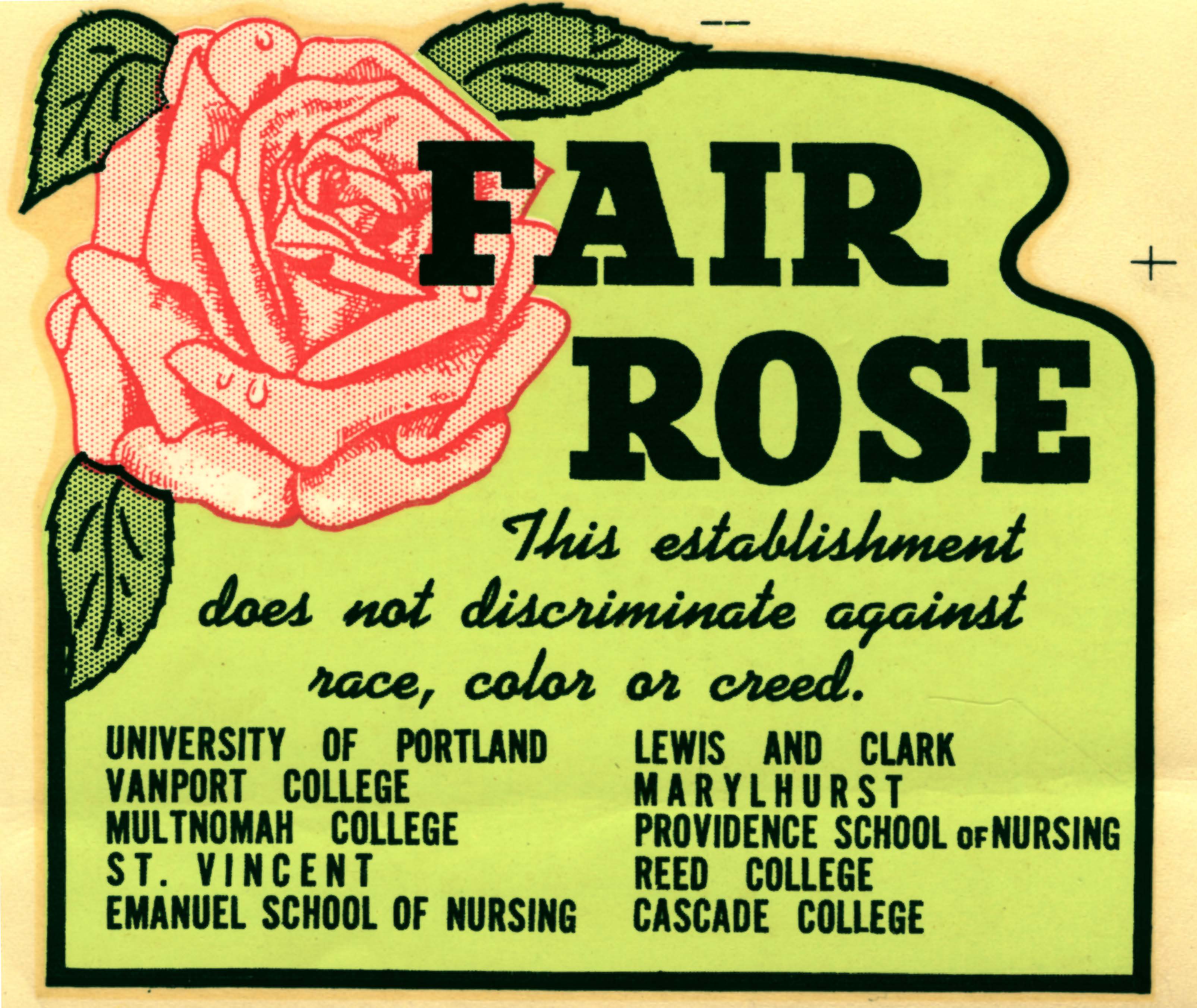 The Archives of the City of Portland have put together a guide to primary source documents about African-Americans in the city's history.   The guide to historical City records related to African Americans is  available online.

The guide compiles Portland Archives and Records Center resources related to the African American community in order to help make your research just a little bit easier. You can find the guide using our online catalog, Efiles; along with the photos and documents used to create the publication.  So if you saw a photo or a document in the guide and would like take a closer look, you can now find it in Efiles.

We have also worked with other archives and special collections in Oregon that house relevant historical materials that you might find interesting. There’s the Urban League Portland Chapter records at Oregon State University and almost sixty oral histories available at the Oregon Historical Society.  You can find these guides available on Efiles, too.

Cornerstones of Community: "Buildings of African American History (1997 by the Bosco-Milligan Foundation) identifies 289 buildings important to the history of Black people in Portland. There are a set of good histories of African-Americans in Portland, and a listing of buildings by the owner, including addresses and maps.

African American Mosaic is a Library of Congress guide to the study of black history and culture. It includes primary documents relating to abolition, migration, and the colonization of Liberia

Voices of Civil Rights: Read personal accounts of "America's struggle to fulfill the promise of equality for all.  Includes photographs, a timeline, and music. Before the passage of the Civil Rights Act of 1964 (and state laws, such as Oregon's Public Accommodations Act of 1953) it was entirely legal for businesses to deny service based on a customer's race.  (In the south, there were circumstances in which it was actively illegal to serve a customer of another race.)  African-Americans who wished to take driving trips were often frustrated in their efforts to find a place to eat or sleep.

A New York postman, Victor Green, started a series called the "Negro Motorist Green Book" in 1936, at first looking at New York City, but rapidly expanding to include the United States, and adding train and airplane travel. The last edition came out in 1967. Although they were not comprehensive, they did at least give travelers an idea of where it would be safe to go.

The Schomburg collection of the New York Public Library has made digital copies of all the guides.  The Negro Motorist Green Book 1936 to 1967.

Below is the listings for Portland, 1953.  There were other places, but this is what was listed in the Green Book. 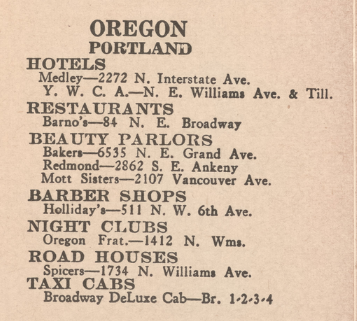 African American Odyssey, sponsored by the Library of Congress, presents many primary sources including photographs, documents, narratives, and pamphlets.

The Library of Congress has an impressive collection of material, but it takes some digging to find what you want.

Another excellent collection is the Gilder Lehrman digital archive.  It has over 60,000 primary source documents, including letters written by Ulysses Grant from West Point (complete with a nice painting he made) and much else.

North American Slave Narratives. U. North Carolina (Chapel Hill) collected materials related to slavery, including testimony by former slaves.  This material all predates 1920, so some of the narratives were of people who were more adult during the slavery days.